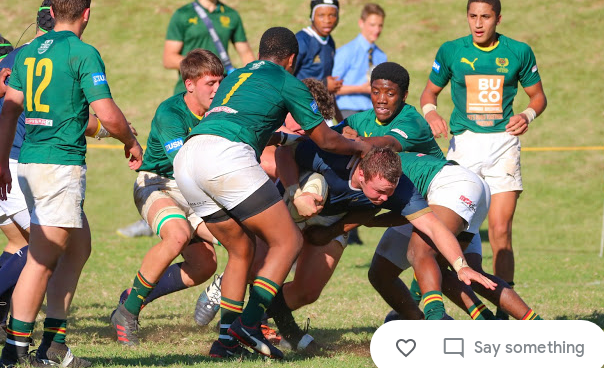 Saturdays fixture against Glenwood and Saint Charles College marked the first time that the teams had met each other in 42 years. That the last meeting ended in a 10-10 draw way back in 1977 makes one wonder what the reason was for the cancellation of the fixture in the first place. If one of our readers could supply the context of what was happening back then we would be appreciative.

The win count for both schools stood at 26 a piece with 5 draws. Its been heart-warming to see old rivalries rekindled

Pivotal Talent’s Online SubjectChoice (Grade 9s) and CareerGuide (Grade 10s, 11s and 12s) solutions replaces uncertainty with accuracy in directing your children to make full use of their potential. Check out www.careerguidesolution.co.za
On accessing the Pivotal Talent web link, please use the KZN10 reference code in completing your assessment.

as schools forge stronger bonds with each other within the KZN10 community.

The venue for the 2019 version was Old Orchards at Saint Charles College. Fittingly the match took place on a field that didn’t even exist 42 years ago so perhaps a harbinger of a new force within the Schools landscape as SCC builds its rugby program.

The Glenwood account was opened when SCC were penalised for not rolling away at a ruck.  A routine 3 pointer from Hendrikse made the score 3-0 to Glenwood after a handful of minutes.

Both teams seemed intent on moving the ball through the hands and with numerous line breaks by both teams it was Glenwood that pushed the edge a bit to far and got penalised for being offside in the midfield after 8 minutes.

The penalty was missed from straight in front of the posts to the disbelief of the Saint Charles faithful. Against Glenwood the home team would need things to go their way and take points when they were on offer. A Hendrikse drop out forced play back into the SCC half and it was from the resultant field position that Glenwood got their first clear cut opportunity to score.

A short line out got Glenwood hooker Nanto some space to run into and the hooker got play up to the SCC 22 meter line on the right touchline. In a flash the ball moved across the field to winger Thinyane on the left with only the try line in front. The pass, unfortunately, was poor and sailed into touch in front of the rangy winger.

SCC again showed their courage and ran the ball out in an attempt to take the game to Glenwood. Inside centre Scott, who had a brilliant game on the day, had just enough bulk and power to always drive his tackler back to get his pack on the front foot.

Another Glenwood indiscretion give SCC a chance to set up a line out 5 metres from the Glenwood line. The throw was not straight and Glenwood escaped via a booming kick from Hendrikse who cleared magnificently to take play up to the

Jordan Hendrikse was a perfect 6 from 6 on the day in a sublime display of kicking. Photo Courtesy of Duncan Andrews

The first try came from out of nowhere. A Glenwood line out on the SCC 10 metre line gave the green machine the necessary platform and, after a powerful run by tight head Golden, the ball went through the hands  and found Mbona who raced to the try line with barely a hand being laid on him. Strange considering that up to this point the defence of Saint Charles College had been tenacious. Hendrikse converted to make the score 10-0 to the visitors after 24 minutes.

SCC were fearless though and went straight back on to the attack. They flew into the rucks with gusto and never allowed the Glenwood forwards any opportunity at the ball. From a line out, and after some strong running from Scott, the ball landed in hands of Ortmann who crashed over the line dragging the Glenwood defenders with him. A Simple tap over by Samuels made scores 10-7 after 28 minutes.

Saints were not done and came right back for more and a straight run from Scott again broke the Glenwood defence.

His scything run was eventually halted on the Glenwood 22 metre line and, after some great ball retention, the ball got passed wide and into the hands of Jacobs. Showing great balance he stepped off his right foot beating the last defender on the inside. With the try line in touching distance Glenwood Captain Jonas made a telling cross covering tackle to save a certain five pointer. Brilliant work from the full back.

Glenwood were slow to retreat and were penalised for being offside in the midfield and Captain Robert took the option of kicking for the poles. It was valiant play from the SCC boys as they were playing with a degree of self belief and confidence that is needed in these type of fixtures. The penalty kick was again missed making 3 clear cut chances in front of the poles which Saints had squandered in the half.

Glenwood up to this point had been rather scrappy with the ball and lacking the necessary intensity and focus that was needed. Defensively they had missed a number of first time tackles which put their second line of defence under enormous pressure.

Septic tank & sludge pit drainage? Why let the conditions drain you? John Smithers has got your back. email johnsmithers@vodamail.com.

With a few minutes left to half time Glenwood finally clicked into a higher gear and started showing some sort of cohesion between backs and forwards. Sustained pressure forced a penalty in front of the poles and Jonas sensing that his team was playing with greater urgency kicked to touch.

Glenwood retained possession at the line out and from a resultant ruck Glenwood Scrum-half Steyn threw an outrageous dummy which opened up a gap so wide he quite literally walked over the line to score. Hendrikse added the extras to make it 17-7 at the half.

Glenwood struck again straight after the break after a well place box kick from Steyn drove SCC deep into their 22 Metre area. Two further errors from the home team handed possession back to Glenwood on their 22 metre line.

Glenwood again upping the tempo played more direct rugby forcing SCC to commit more numbers to the inside channels. Steyn, who was dictating play beautifully, sent the ball down the blind side and a lovely weighted pass from Hendrikse found Mbona in the clear with one man to beat.

He took the contact and the ball was neatly transferred to replacement wing Cloete to score in the corner. Hendrikse, who was having a great day with the boot, nailed the sideline conversion making the score 24-7 in the 39 minute.

Incisive, simple play from the boys from Umbilo and it looked ever so slightly that the shoulders of the SCC lads had

Glenwood were now in the ascendancy with Steyn showing all his class as he kicked, ran and passed with the authority of a army general. SCC, for their part, had not had the best start to the half and another fumbled line out and penalty lead to Glenwoods fourth try.

Glenwood, given prime field position to attack, went through the phases and after some smooth handling developed an overlap. The ball was, however, knocked out of Thinyanes hands with the goal line begging, a real let off for the SCC lads. The pressure was still well and truly on the Saint Charles boys with a scrum feed 5 metres from their own line.

Great work by the Glenwood pack though forced a right shoulder at the scrum cramming the space in the in-goal area. In the mad scramble to clear the ball it was hacked up the middle of the field. At first it looked like a decent kick but Thinyane ate up the ground to pick up the ball on the bounce and set off a diagonal run. A great draw and pass from the flier freed Jonas who showed great composure to pop the ball up to Cloete, who dove over to score his second try in 6 minutes. Hendrikse converted to make the score 31-7.

Looking after your eyesight is not just the priority of batsmen. Consult the experts. Make an appointment. http://www.hilliarandgray.co.za/contact/

The green machine had, in a little over 10 minutes, scored 21 unanswered points to really test what this SCC team is all about.

With a comfortable lead Glenwood lost a bit of focus and allowed the Saints boys to run at them.  This was a risky ploy considering the success that SCC has previously had. Saint Charles’ Scott needed no second invitation and his barnstorming runs would often break the first line of defence gaining many metres and much needed front foot ball.

In the 56 minute SCC were rewarded with their second try after some industrious play. A series of penalties pinned Glenwood on their own line and Ortmann again running a beautiful line crashed over with a number of Glenwood defenders draped over him. The conversion was missed making the score 31-12.

Glenwood were shocked into life and put the pedal down once more with that man Steyn again dictating play with his clear decision making. A ruck penalty 5 metres from the SCC line turned into a scrum, and with an inviting blind side, eighth man, Kromhout picked up to score in the corner. Ice man Hendrikse drilled another sideline conversion to make the score 38-12

That would be the last scoring of the match as the two teams took turns trying to set up scoring opportunities. Glenwood would be satisfied with the win against a game SCC team who never gave up. Saints will know that but for a couple of key mistakes at critical times they were more than competitive in this game.

Next up for Saint Charles College is a home fixture against Clifton College, Glenwood make the journey to Bothas Hill to take on Kearsney College. 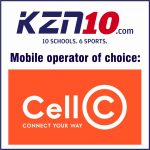 Clear communication lines can make it or break it. https://www.cellc.co.za/ The Power is in Your Hands.