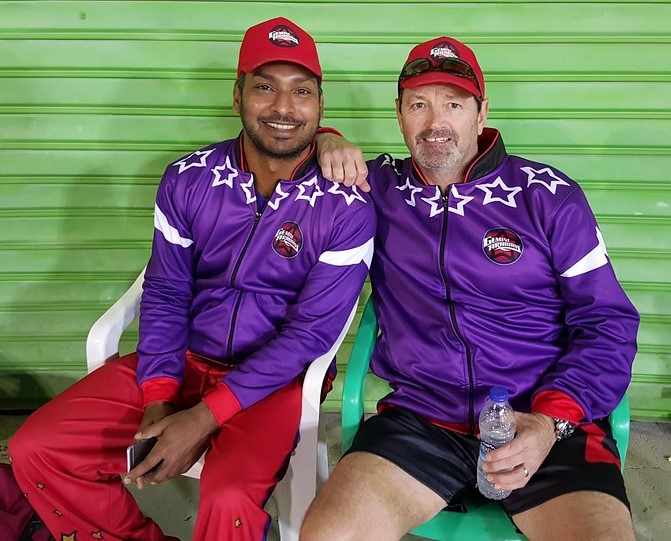 ANDREW Shedlock has taken the art of cricket coaching to the next level. Two High Performance Shedders Cricket Academy camps, to be held in Durban North from 25 to 28 June and 9 to 12 July could be the turning point in KZN schoolboy cricketers’ lives. Critically, in my opinion, each camp is limited to a maximum 20 boys.

If I was age 13 to 17 again this would have been the catalyst in turning a (so-I’m-still-told) talented top-order batsman with a sound technique (thanks to Digby Rhodes, Vince van der Bijl and others) into a far better batter.

Although I captained the Maritzburg College first XI and made some runs, as a perfectionist I found myself so frustrated with the technical and mental aspects of surely – next to golf – one of the most complex ball sports around.  The frustration at knowing I was not making any progress in taking my game to the next level resulted in (later much-regretted) giving up the game a couple of years post-school.

Enough of that. Coming across the Shedders ad, the first instinct was to have a look, as Andrew Shedlock and I go back 42 years, as opponents and friends. So what has Shedders got on the menu, I thought. Well, it blew me away.

Shedders, a University of Stellenbosch sports science graduate and internationally respected coach and cricket-specific fitness and conditioning consultant with the CV to prove it, has in my opinion nailed down the key to cricket success.

Featured image: Shedders has worked with legends of the game. Here’s Shedders with Sri Lanka cricket legend Kumar Sangakkara, the elegant left-hander and wicketkeeper who scored a total of 28 000 runs for his country across all formats and retired with a Test average of 57.40. Shedders’ direct contact with some of the world’s best cricketers has been of enormous practical benefit to his coaching skill set.

Apart from comprehensive batting and bowling sessions with top-class professional coaches that on its own will establish a solid platform for the upcoming cricket season (starting as early as the third term in KZN), Shedders has also teamed up with Durban North-based optometrist Glen Nugent and sports fitness and talent identification educationist eta College in offering a three-pronged approach to his camps.

I phoned him, wanting to know more.

“Thanks Jono, always good to chat. I’ll never forget that U13A game on Leeches at Maritzburg College when you were College skipper and I was DHS captain. Great memories.”

A deep thinker on the game, Shedders is constantly looking for the edge that turns “good enough” into best. The research and success-in-practice of Shedders’ internationally-acclaimed fellow University of Stellenbosch sports science graduate Dr Sherylle Calder’s EyeGym programme inspired one section of the three-pronged content of the upcoming camps. Dr Calder pinpointed Visual Intelligence training as a key tool in making a better player.

Shedders says, “a batsman’s ability in making the transition from seeing the ball to immediately processing that split-second information into employing the correct cricket stroke can make or break an innings. This is just one aspect of transferring vision into decision.”

“Sherylle worked with the 2003 World Cup-winning Australian cricket side, as well as David Miller in enhancing performance and clearly Dave and the Aussies reaped the rewards, as did the England (2003) and Springbok (2007) Rugby World Cup-winning players.” 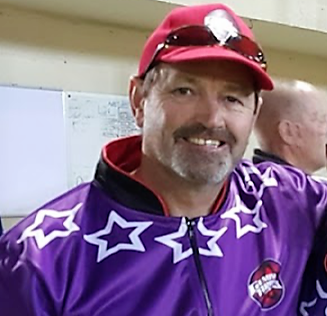 Known for his get-in-the-trenches work ethic, one of the Andrew ‘Shedders’ Shedlock mottoes is:   “Cricket is a verb not a noun so get training!”

“I’ve identified the much-talked-about but little understood hand-eye co-ordination aspect as one of the keys to unlocking the mysteries behind why talented KZN high school cricketers struggle to deliver consistent performances. I constantly hear things like ‘you can’t teach it, you’ve either got it or you haven’t’, and ‘he’s naturally gifted’. My response? A cricketer as gifted as David Miller benefited from visual intelligence training, Dave saying that it provided him with the extra edge to perform at a high level. Every cricketer, be it a batsman, bowler, wicketkeeper or fielder, constantly searches for consistency. That’s why I see this aspect as a vital function of the camps.”

To this end, the Shedders cricket camps’ optometrist, Glen Nugent, will conduct an eye and vision assessment for each player and provide the boys with follow-up cricket-specific exercises and drills to work on.

Fitness is another key indicator of success or failure. The ability to concentrate without distraction in turning a quality 50 into a match-winning hundred… or converting a useful 3-fer into a match-deciding fifer can, in my opinion, be best-judged by whether a schoolboy has the mental and physical stamina to maintain best-practice and accuracy whatever the outside influences and circumstances may be.

Shedders says this is where eta (exercise training academy) step into the camp package: “eta will conduct fitness testing services to assess current athletic abilities and to identify physical attributes and areas in need of improvement. Baseline fitness testing allows for the setting of goals and testing at regular intervals. It helps track a cricketer’s progress towards those goals.”

To sum up: I’ve seen Shedders in action – no “only-observe-from-the-sidelines” coach, he’s not afraid to get in the trenches. Ask Jonty Rhodes and Lance Klusener, to whom Shedders must have each pitched a thousand-plus throw-downs during his time with the Dolphins.

Shedders is the kind of guy I’d go to war with. He’s a leader who is never afraid to push the boundaries harder and further in every sphere of cricket excellence.

My only regret about Shedders? His June/July cricket camps weren’t around when Jono Cook the aspirant teenage cricketer needed them. After a good first term, I had a shocking fourth term.

I’m convinced it would’ve been different if Shedders’ camps had been around in my time.

Unlike me, today’s KZN high school cricketers have got that opportunity.

WHAT YOU NEED TO KNOW