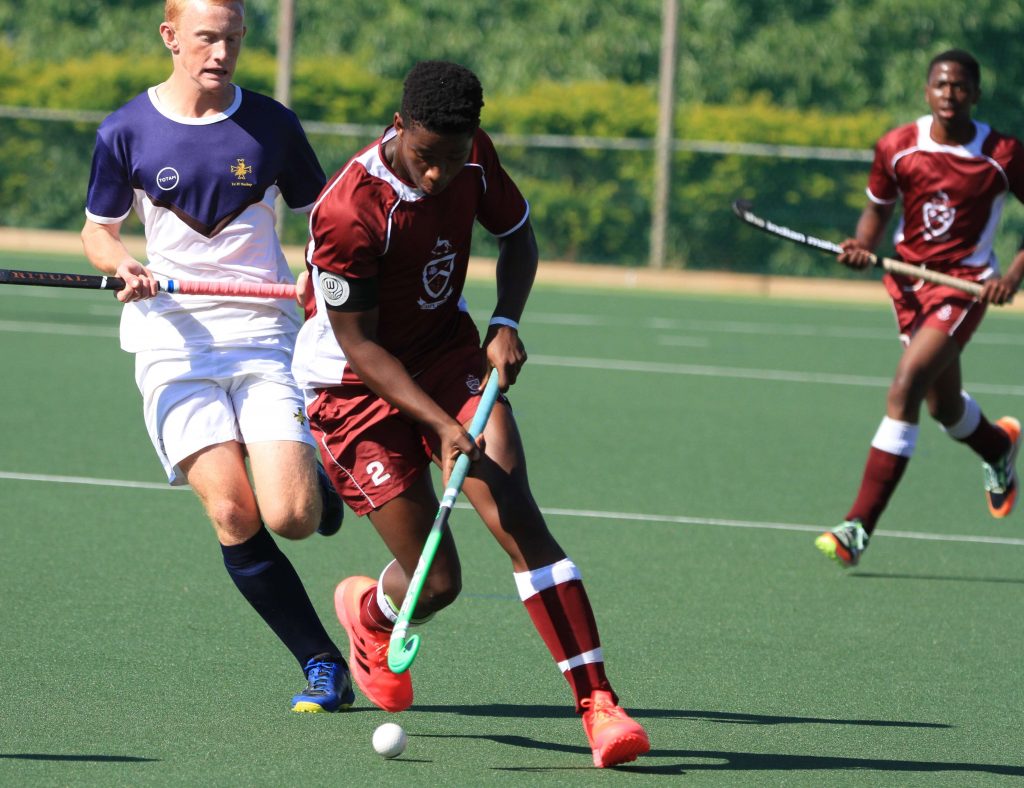 With the mystifying government moratorium on school contact sports, which has no medical science or logic to back it, let’s take a look at the Kearsney College vs Northwood 1st team hockey match 10 days ago – and it may well be the last game of the year, unless the government bows to pressure and fast-shoe shuffles on its mistake.

TEAM LISTS AND THE TEAMS’ 2021 RESULTS AT BOTTOM OF THIS STORY.

Kearsney’s strikers were receiving great ball in dangerous areas; but Northwood defended those areas well and managed to keep the scores level. Shaun Baker, Northwood first team coach and hockey director, Maritzburg College Old Boy and the 2002 captain of the #RedArmy, and his KZN10.com peers such as Kearsney’s J.J Reed know that hockey’s educational value goes far beyond the white lines and close confines of a hockey Astro. And hats off to Bakes, who has grown the number of hockey teams at Northwood to 23, which is comfortably the most number of hockey teams at any 1 of the KZN10 schools.

Northwood took some time to get going and really opened up the game towards the end of the second chukka.

Both teams put on a great display of hockey with some really close chances going both ways.

With the game still at 0-0 going into the final 15 minutes it was going to take something special from either team to take the lead.

Kearsney broke the deadlock with a great goal from striker Daniel de Kock. Kearsney used the momentum to run in two more goals, one from eventual man of the match Kai Hielckert and the final goal giving Daniel de Kock his second of the game.

One assumed that Northwood coach Shaun Baker and Kearsney’s JJ Reed plus Wayne Marsden would have had a tidy number of matches ahead for their players to work on the positives and minuses from this encounter.

But… the government has made short work of that particular assumption. KZN10.com website and social media thanks the outstanding #HalfwayToyota #Howick dealership and its general manager Brandon Brokensha for their support. I cannot do this alone. Contact me at joncookroy@gmail.com for info on the various advertising options and more. #TogetherWeAreOne. And why not give Brandon a call at 083 514 1089. Jonathan Cook of KZN10.com website and social media thanks Hilton College Old Boy Rory Smith of Absolute Containers for sponsoring these 2 wonderful Powerbanks to ensure that Jono and his smartphone remain fully charged when it really matters!!! A heartfelt thank you, dear Absolute Containers! No wonder you are the trendsetters in customised containers and modular solutions! Take a look https://absolutecontainers.co.za/