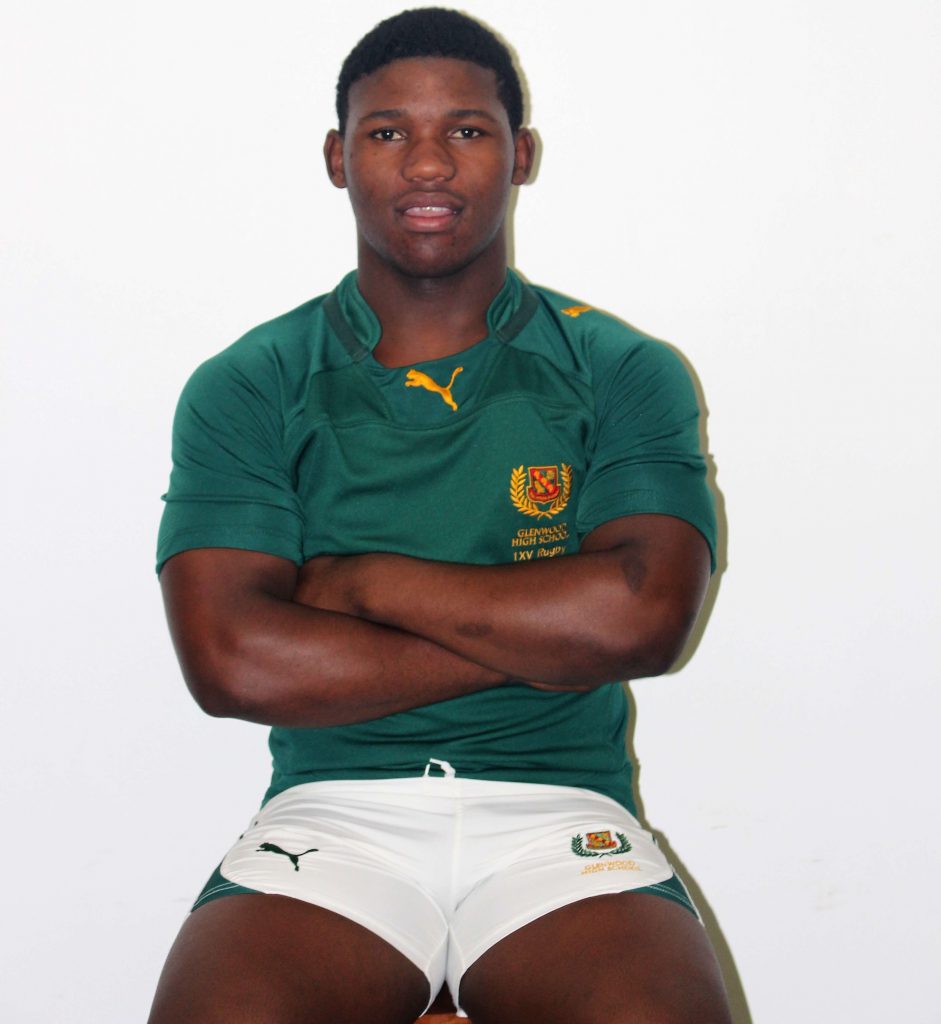 “Conan Lefleur? Strong work ethic, strong defensively, linebreak ability on attack, member of our leadership group who are an extension of our management team throughout the week and on game day.”

There’s not much more a coach could ask of his player.

Chatting to Conan, his coach’s assessment  comes out in this powerfully built 13’s replies.

“Thank you for taking the time, sir, I really appreciate it.

“I feel very honoured to play on Dixons Saturday because it’s our first home game as a team and we want to make it very special in sharing this day with our proud Old Boys who are traveling from far, as well as the Old Boys closer to home.”

‘Playing in front of such a big crowd is just unbelievable…’

It’s a big one for Conan and the unbeaten Green Machine – Yes folks, it’s the age-old Durban Derby with the Blue and Gold of Durban High School… On Dixons. On Glenwood Old Boys Day. It’s a 1.55pm kick-off … It’s Saturday, 26 May 2018.

“I think it’s going to be one of those games that we will remember for the rest of our lives,” says the midfielder.

“It (last year’s Durban derby) was very special indeed. Unfortunately we couldn’t convert pressure into points and that cost us the game.” Like this year, the 2017 match was also played on Glenwood Old Boys Day – In honour of the DHS 150th anniversary celebrations 2 years ago. What would have been a Glenwood home game was appropriately transferred to School’s beloved Van Heerdens.

Last year’s match was an absolute cracker of a cracker.- as illustrated by DHS kicking coach Lyle Matthysen, an assistant to head coach Scott Mathie: “Anyone who watched the game will tell you it was one of the best, if not the best, game of schoolboy rugby they have ever seen.”

Back to Conan: “Dixons was packed last year… with a massive crowd full of passion for the game. Playing in front of such a big crowd is just unbelievable… It motivates me to keep on going till the last minute. I love it when I’m doing the best I can – and that’s playing inspirational rugby.

“But what happened last year is over and done with. For us as the Green Machine it’s not about getting revenge for last year, it’s about playing as a family, Stick to our game plan and the scoreboard will give the true reflection.”

“I think with the expansive gameplan that we play… it’s very difficult for a team to defend it.

“The build-up towards Saturday has not been easy because there is always room for improvement but, as I say, when the going gets tough the tough get going.”

May Saturday’s muscle-up go down in the annals of KZN schoolboy rugby history as yet another Durban Derby to remember.