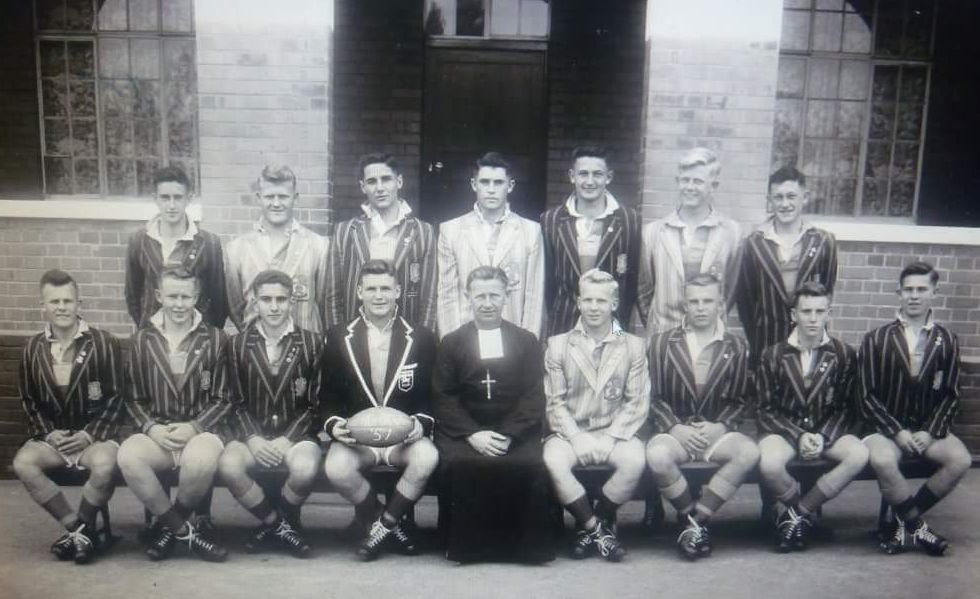 St Charles College first XV meet home side Maritzburg College at 3.15pm on Goldstones Saturday. For the first time since 1977.

Here’s some of the history, from Jos Robson.

Earlier in 1870 it was also reported in the Natal Witness that Maritzburg College then Pietermaritzburg High School had played a 15 man game against the German school of Hemansberg, which history tells us that this was in fact the first 15 man rugby match played on African soil. College also won that game 2-0.

So it took 12 years before schools began officially playing against each other with Michaelhouse and Hilton joining in on the great schools rugby journey in the late 1800’s early 1900’s.

It was in the early 1950’s that a young man arrived at St. Charles who would later become a close friend of the legendary Maritzburg College coach Skonk Nicholson. He was Patrick Kennedy who went on to play for Natal Schools in 57 and 58 and became what Skonk always said to me his best ever Natal Schools Captain.

In 58 he was joined by team mate Dudley Crooks in the Natal Schools side and in 57 Paddy was on the flank alongside prop Finton Jungle Jackson, R.V. Vanderplank whose dad Bertrum played for the Springboks in 1924, J.W. Grice, M.H. Mordaunt and H.C. van Rooyen

Interestingly enough in 58 Kelvin McIlrath was the only Nat Schools representative in the class of 58 but he did captain the Schools side the following year.

In the early years St. Charles were extremely competitive but never grew in numbers and somehow never had the depth in later years with the two schools last officially meeting in 1977.

College beat St. Charles 42-6 in that last match so here we are 41 years later the two schools that started it all 136 years ago celebrating their moment in history as the two grand old schools prepare to do battle once again this Saturday.

Paddy sent his two boys Ric Kennedy and Bryan Kennedy to Maritzburg College when St. Charles went through a bad patch and almost closed. The Old Boys rallied to the cause and here we are…The Red Black and White up against the mighty Amalachites once again.

There is a full day of rugby at Maritzburg College on Saturday with the hosts taking on St Charles College, Voortrekker and Howick.