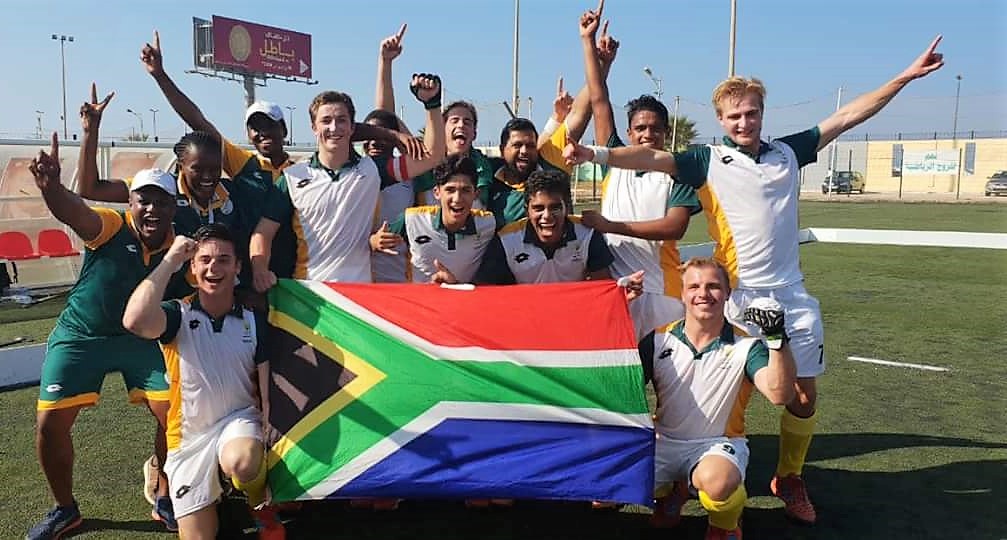 WELL, this feature has been delayed and delayed in the hope that news would come with respect to who from the various SA sports code teams was going to the Youth Olympic Games but it’s no use waiting any longer. More explanation in the story below. So, here goes: IT wasn’t easy but it was done. The KZN10-packed SA Hockey Fives boys qualified for the Youth Olympic Games in beautiful Buenos Aires, Argentina 6 to 18 October with a heart-stopping penalty shootout win over Zambia in the gold medal match in the city of Algiers, Algeria, a clash in which ace Northwood goalkeeper Taine Bird again demonstrated his awesome shot-stopping ability. 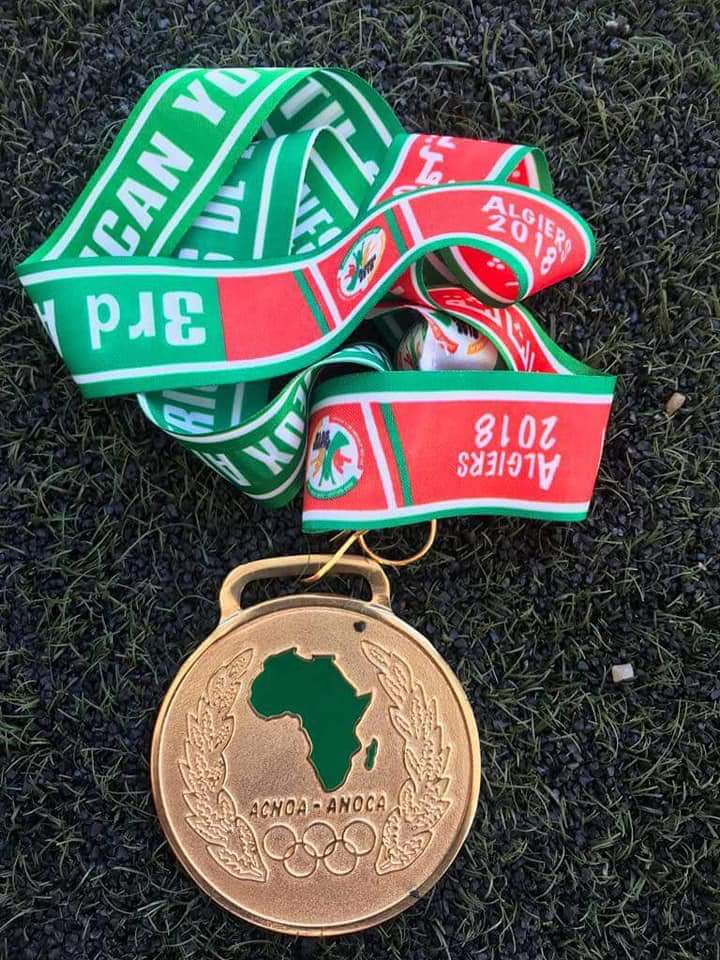 After 1-1 at the changeover in that nerve-wracking gold medal match the score remained locked at 1-1 on the full-time whistle. SA missed their first penalty shootout goal attempt; then Bird blocked the first Zambian effort; SA scored their shootout opener in the second round; another Birdy shut-out took care of the second effort by the Zambians before SA scored their second shootout goal to take it 2-0.

Northwood’s Bird is without peer in this facet of the game in SA schoolboy hockey, as demonstrated in his phenomenal effort to shut out Southern Gauteng in iWYZE Old Mutual Hockey Nationals 2018 title winners KZN Coastal’s epic semi-final victory over the boys from Johannesburg.

Captain Guy Morgan and coach Sihle Ntuli (both occupy the same roles at Kearsney College) are to be commended on their leadership over a challenging 8 Algiers days of just five 10 minutes-each-way matches. With so much tournament down-time, it can be difficult to maintain focus on the job at hand. 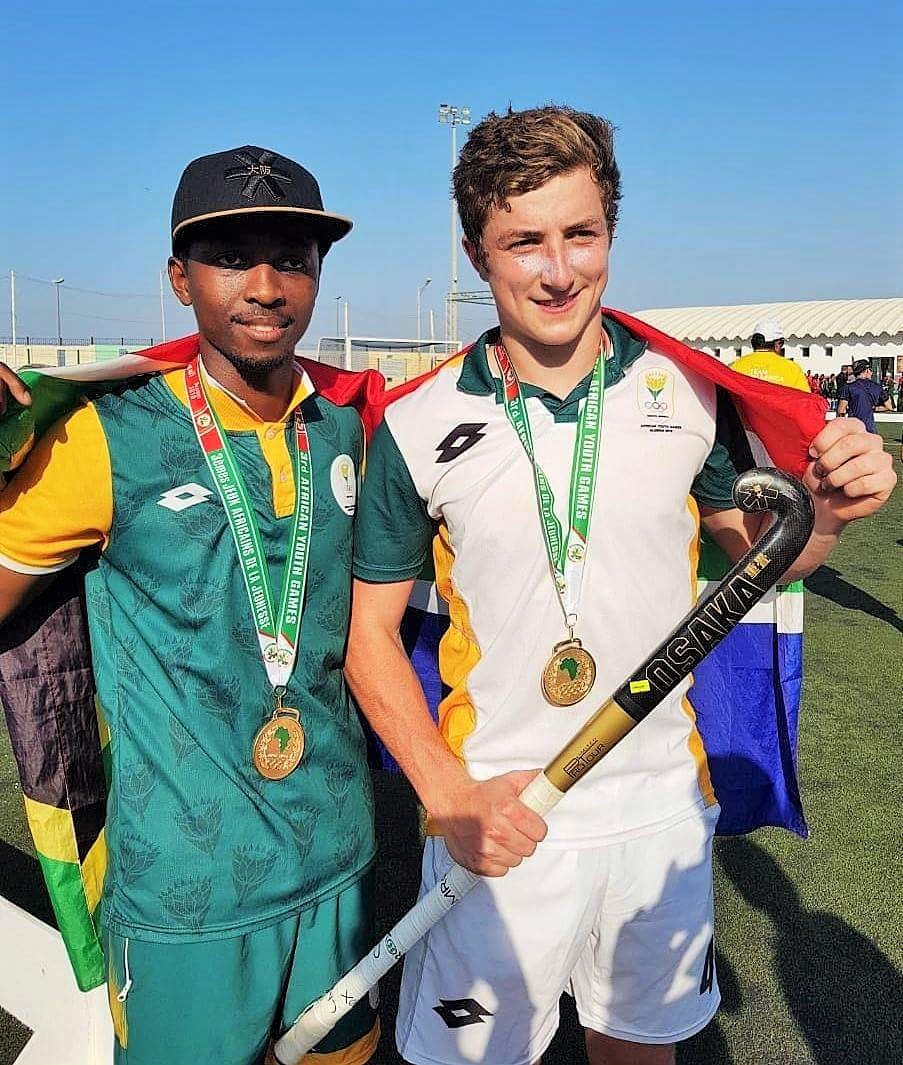 In Pool A matches SA beat Namibia 5-0, Zimbabwe 6-0 and Algeria 9-0. There were not enough teams (only 3) in Pool B so SA skipped a quarter-final and went straight into the semis where the boys in green and gold beat Nigeria 5-2 after leading 2-1 after the first 10-minute half. 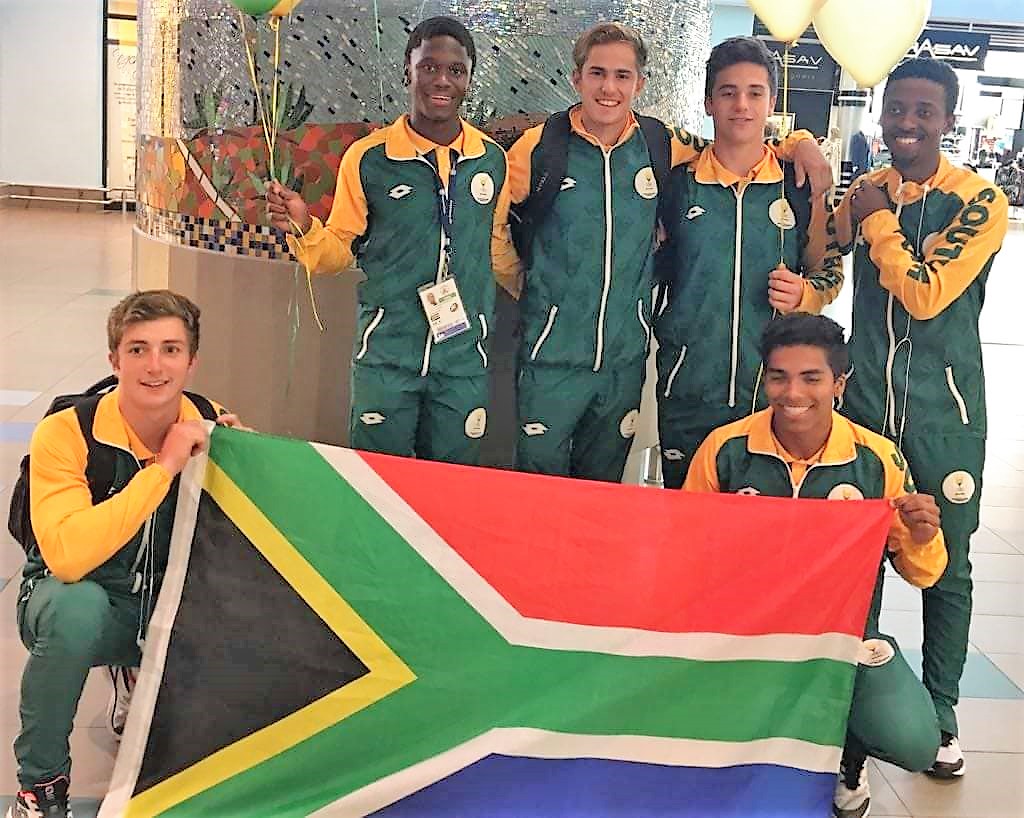 That opening-half goal of Nigeria’s was the first conceded by Northwood’s Bird after over an hour of keeping a clean sheet in the SA goals. 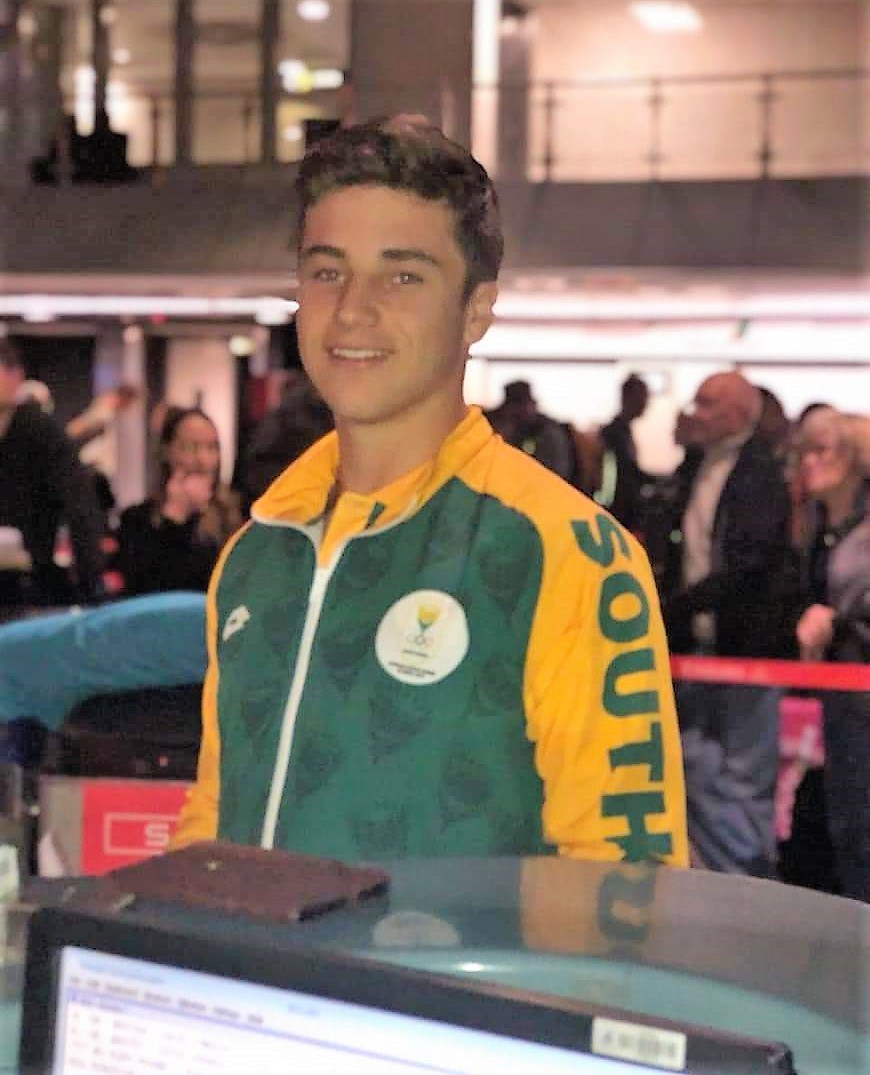 The word is that, as per the International Olympic Committee rules, the SA Sports Congress and Olympic Committee (SASCOC) – the governing body of the Team SA sports codes – can only send one boys’ and one girls’ sports team to the Youth Olympic Games in October.

The 2018 SA Hockey Fives boys deserve – have earned – the right to be in Buenos Aires.

History tells us so: The SA Hockey Fives boys of four years ago also won Africa and finished fourth at the 17-27 August 2014 Nanjing, China Youth Olympic Games, narrowly missing out on a shot at the gold medal after a breath-taking semi-final against eventual winners Australia.

THIS IS WHAT IS POSSIBLE

The 2014 Youth Olympic Games matches in China were 20 minutes-each-way affairs. 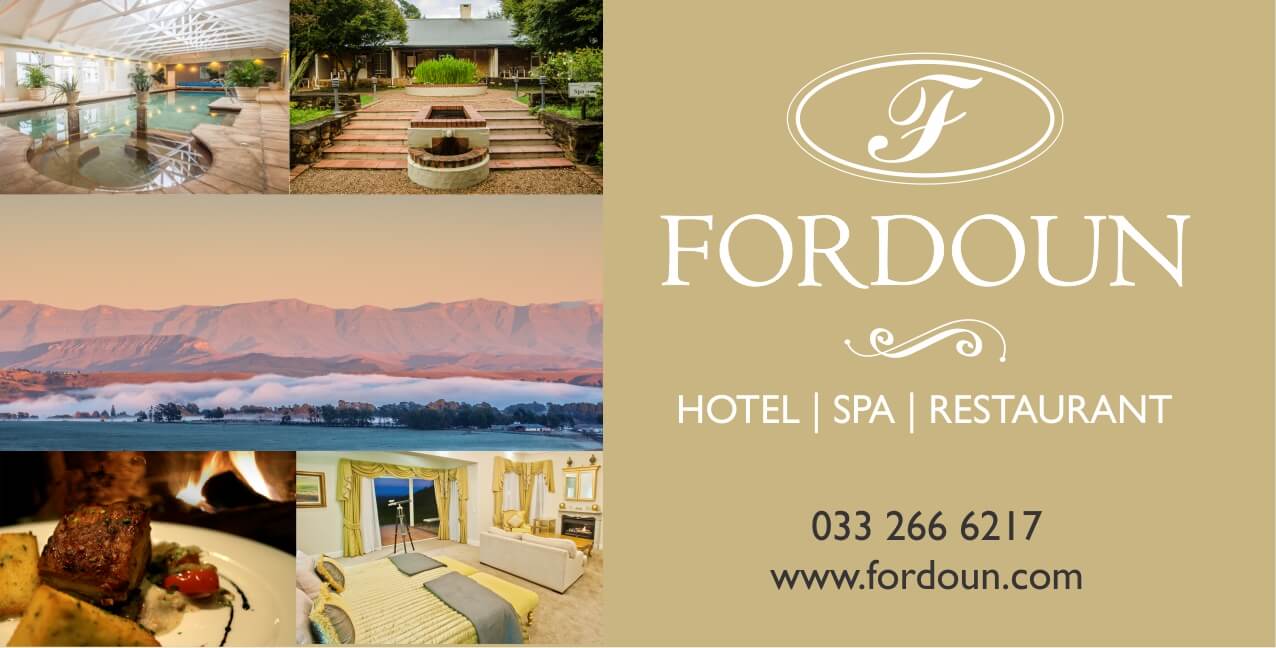 Every hockey player’s parents (and journalist lol) need time to reflect – replenish body, mind and soul. This is what I’ve got in mind. https://www.fordoun.com/fordoun-spa-treatments/

The Boys of 2014 started in Pool A with a 1-5 demolition at the hands of eventual finalists Canada, who lost the 2014 gold medal match to Oz in a gripping penalty shootout.

Just 47 hours later in Pool A, Ntuli and Co. shocked Oz 6-5 before edging Bangladesh 4-3, followed by a final Pool A 0-6 shutout at the hands of Spain. The SA lads then gave New Zealand a 3-0 defeat in the quarter-finals before meeting Oz again, this time in the semis.

Once again it was an absolute cracker but sadly for SA the 7-goal semi-final thriller ended 4-3 to Oz. 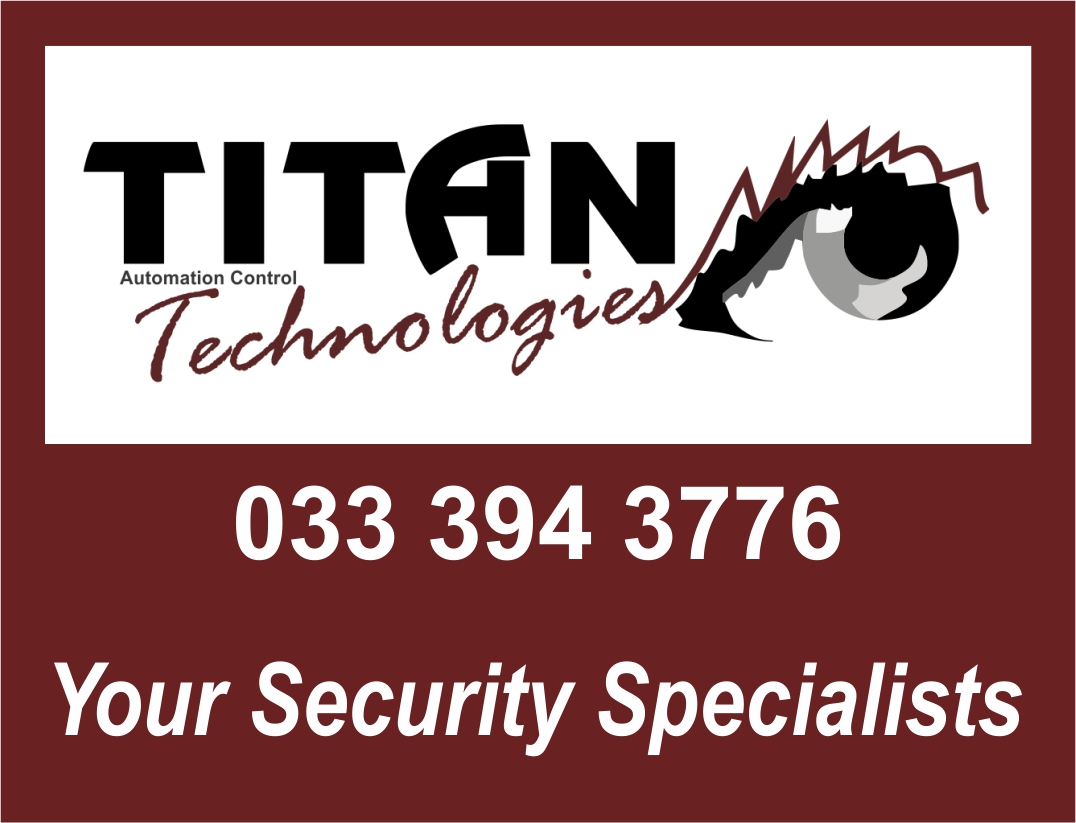 Alarms, access control and security barriers… Just 3 of the components that make for a champion defence. This and more at http://titantech.co.za/

Given their 0-6 blanking by the Spanish in their Pool A clash, the SA boys put up a tremendous fight against the selfsame Spaniards in the 2014 Youth Olympic Games bronze medal match, coming back from 1-5 to 3-5 then 4-6 (Tevin Kok 2, Bili Ntuli 1, Jacques Bleekers 1) with 6 minutes left before Spain took the match 7-4.

Two yellow cards in the match (both SA) didn’t help the green-and-gold cause.

Jono and KZN10.com hopes that this review of the 2014 Hockey Fives Youth Olympic Games competition will whet the appetite should SASCOC and the International Olympic Committee smile on the current SA Hockey Fives lads’ inclusion in the 2018 showpiece from 6 to 18 October in Argentina. 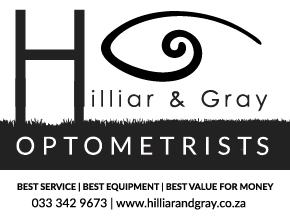 Put life back into focus. Professional, friendly staff at your service. http://www.hilliarandgray.co.za/
Because you and yours are worth it.

Apparently the IOC only allow one boys and one girls team from each country. Considering that the IOC is cash-flush, one wonders why – through these restrictions – they would want to dilute the quality of the competition.

Apparently Africa Hockey Fives boys silver medallists and bronze medallists Kenya will be at the Youth Olympic Games. They have been chosen by their national sports bodies as the boys’ representatives from their countries.

One doesn’t need to harness much imagination to imagine what the Aussies must think. 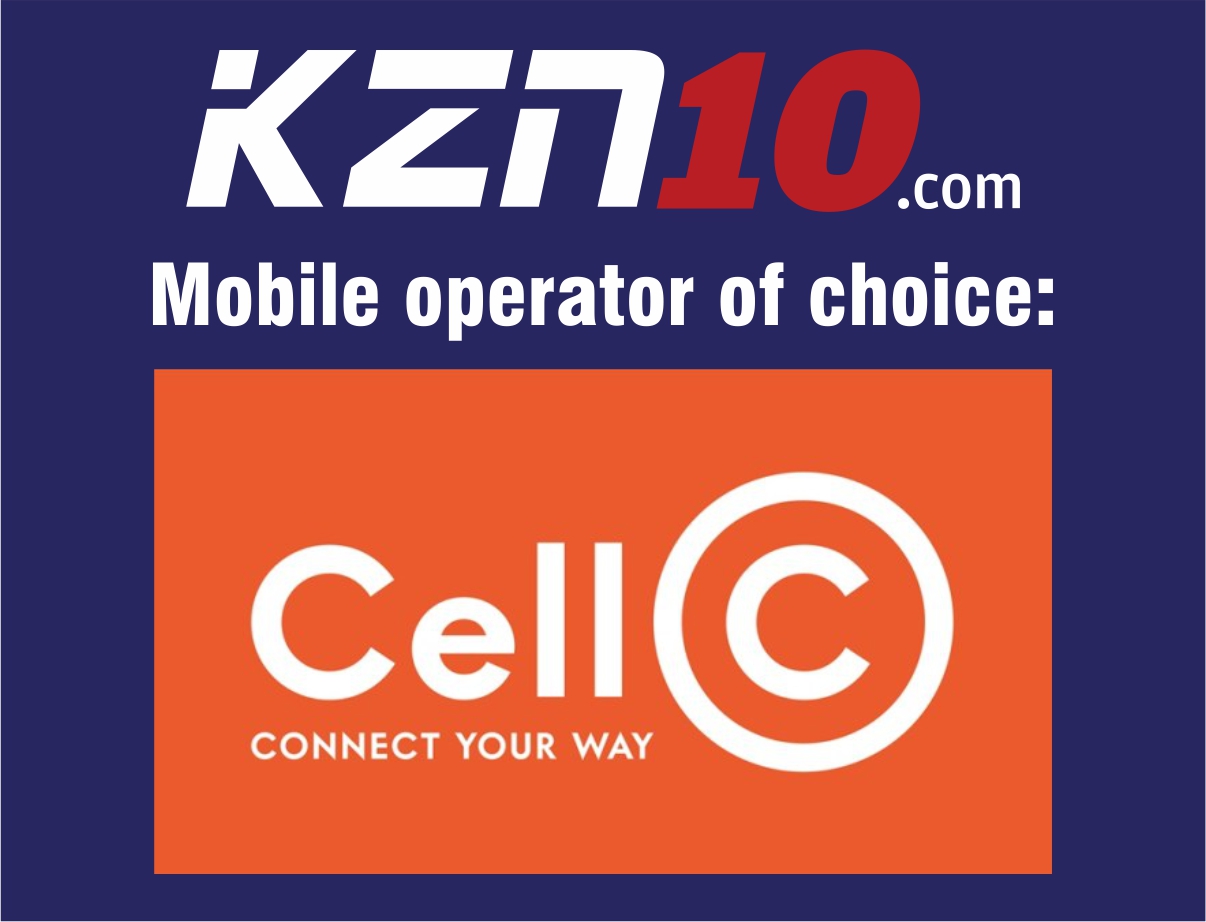 * Held every four years, the Youth Olympic Games (YOG) is the younger sibling of the Olympics. For youth players around the world, this summer tournament provides the opportunity to test their skills against the best (?) emerging players in world hockey. The buzz in the stadia from the Hockey5s competition at Nanjing in 2014 shows the growing international popularity of hockey among young sportsmen and women.