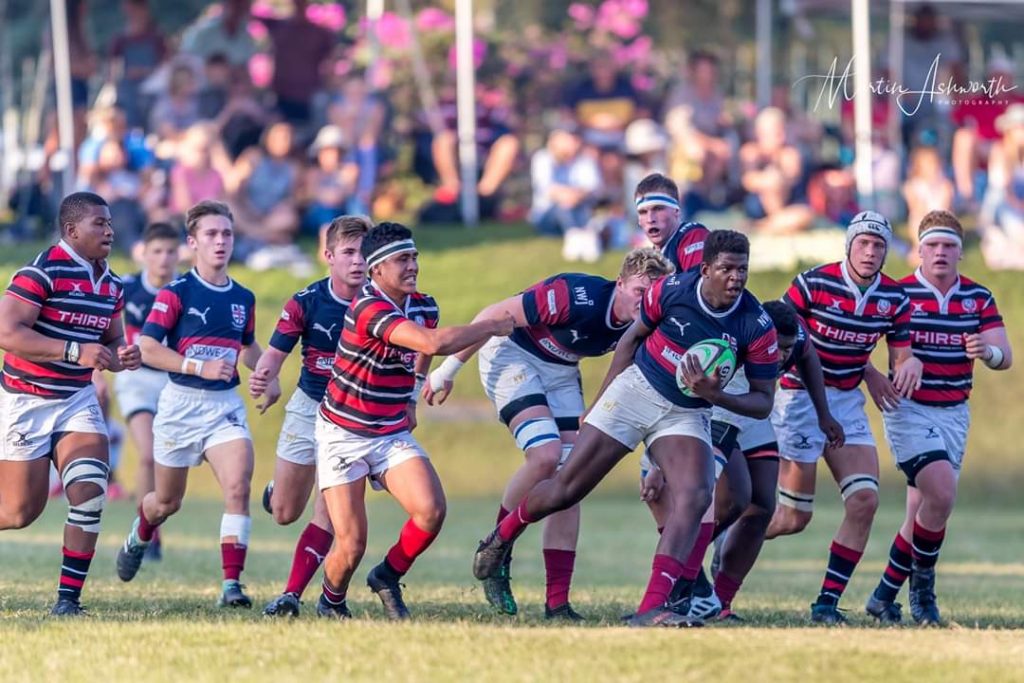 “Throughout history a win on Goldstones has always been a difficult thing to obtain, but on Saturday after a hard-fought game the Westville 1st XV managed to hold on to their lead to win 28-26.

“1 minute into the game Westville were already on the score sheet with a try through outside centre Mlu Khalishwayo.

“The try was unconverted but more points were to follow with flyhalf Grove Akker kicking two penalties for 11-0 up.

Optimal eyesight is not just the priority of rugby players. Consult the experts. Make an appointment. http://www.hilliarandgray.co.za/contact/

Westville were looking comfortable and clinical, however College were to step up their performance and in the 25th minute replied with a converted try of their own.

“The score was to remain the same till halftime 11-7 in favour of Westville.

“The momentum shifted with about 10 minutes to go in the first half and continued with College scoring a try from deep in their half just 3 minutes into the second half for the home team to take the lead for the first time (12-11). 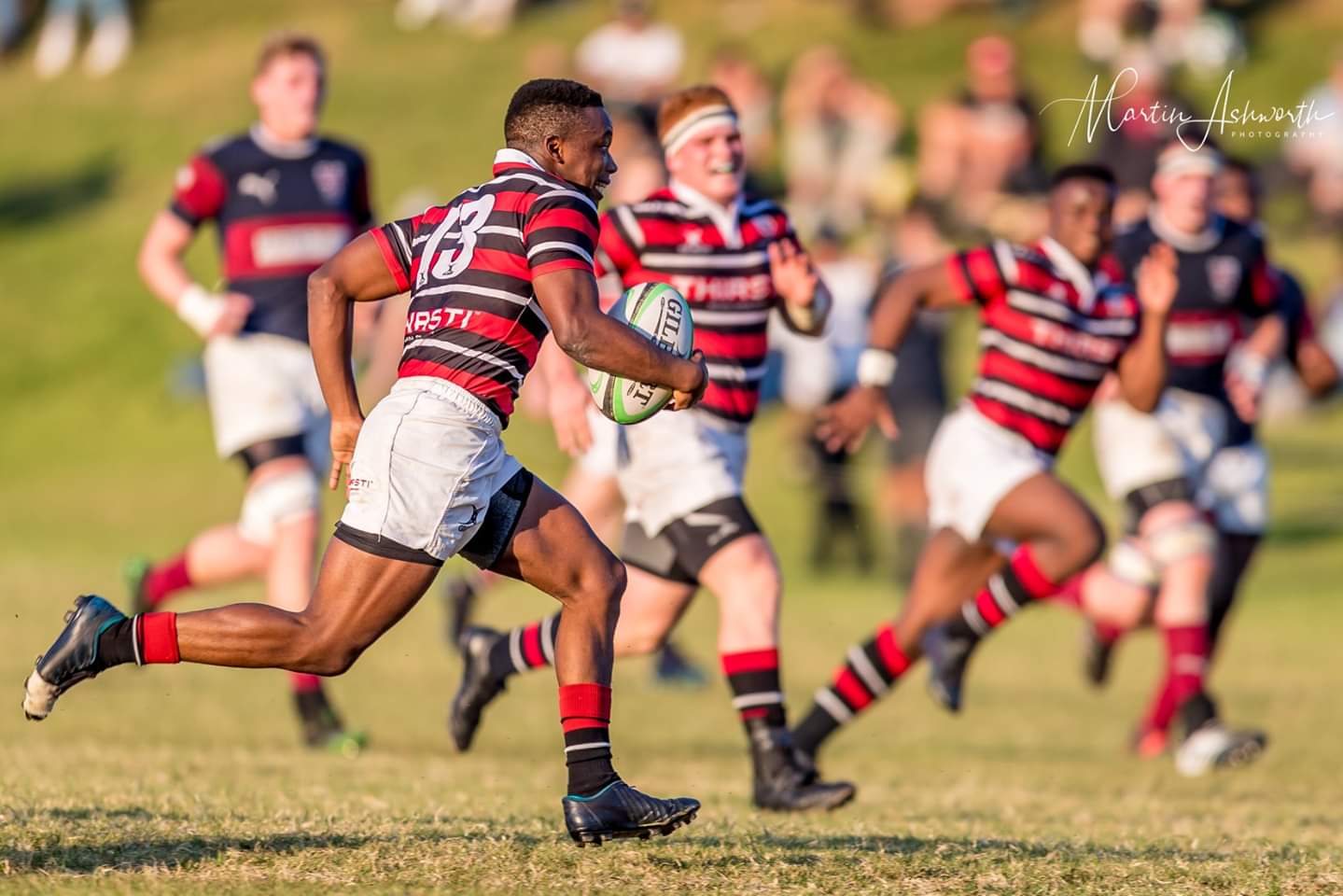 Maritzburg College outside centre Philani Simamani on his way to scoring a magical try in the corner. All photos Martin Ashworth.

“College were now finding space in the wider channels and had Westville’s defence scrambling, but Westville managed to somehow hold them from scoring and instead responded with two beautiful tries of their own through right wing Simemela Nkomo and tighthead Okuhle Siyeni.

“The tries were converted by Grove Akker and, at 25-12 to Westville, yet again it seemed as though Westville had taken the game away from College, but yet again College showed that they are a team who never say die as they rallied together to score two converted tries in quick succession to regain the lead at 26-25 and set up a nervy last couple minutes of the game.

“Westville got a penalty right in front of the poles, though, and Akker’s kick reclaimed the lead for Westville at 28-26 and that is how it would stay till the final whistle. 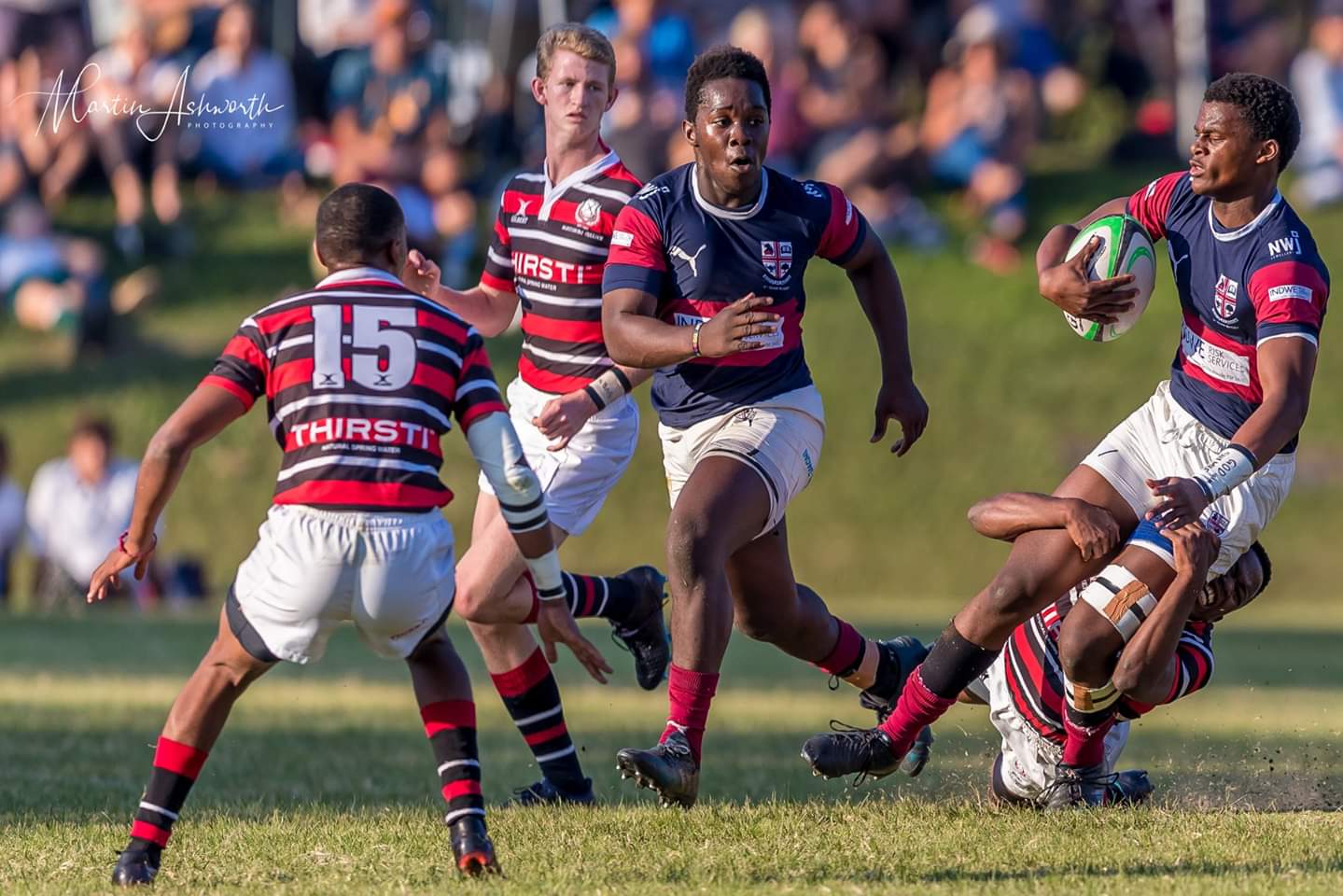 “That final whistle seemed to take an age to come, though, as Westville had to defend and survive the relentless College attack at the death.

“Westville seemed to be camped for an age on their tryline. In the final moments College were awarded a penalty in front of the poles to win the game but inexplicably they turned it down and took a quick tap instead.

“Westville breathed a sigh of relief and tackled with renewed gusto. College eventually knocked the ball on and Westville had survived the tidal wave to record a 28-26 victory on the hallowed turf of Goldstones.”